Are you always ready for an argument? Do you enjoy defending a point of view? 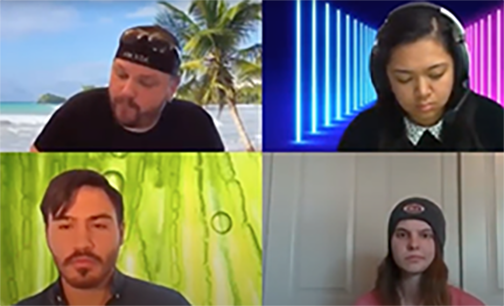 We compete in three types of debate:

Parliamentary Debate allows you to work with a partner to construct and deliver your arguments.  Each team is provided twenty minutes of preparation time to formulate their perspective and anticipate and develop counter-arguments.  New topics are provided for each round, and teams alternate between affirming or negating resolutions of Fact, Value, or Policy. 'Parli' debate on the intercollegiate level is a team debate where there are two debaters on each side, one side arguing in support of a resolution, the other against. Resolutions are unique to each round of competition and each tournament. Each team is given time to prepare their arguments after hearing the resolution and before the debate begins. For current time limits and rules, visit: https://www.parlidebate.org/npda-rules

Lincoln-Douglas Debate allows you to debate individually.  The same Policy resolution is used for the entire year, and debaters in this style of debate become effective researchers.  At each tournament, the only aspect that varies is whether one affirms or negates the resolution for each round.

IPDA also allows for individuals to debate each other, but the topics are chosen before each round, and the competitors have thirty minutes to prepare their initial arguments.  IPDA encourages debaters to literally "think on their feet" and develop strong refutation skills. IPDA Debate can be done either one-on-one or team style, still with one side arguing in support of the resolution, and the other side arguing against.  Each round has five topics that are eliminated down to one by each debater. For a video primer on IPDA debate, visit: https://www.youtube.com/watch?v=7yRtEUY8h2I, and for the current rules and time limits, visit: http://www.ipdadebate.info/constitution--bylaws.html